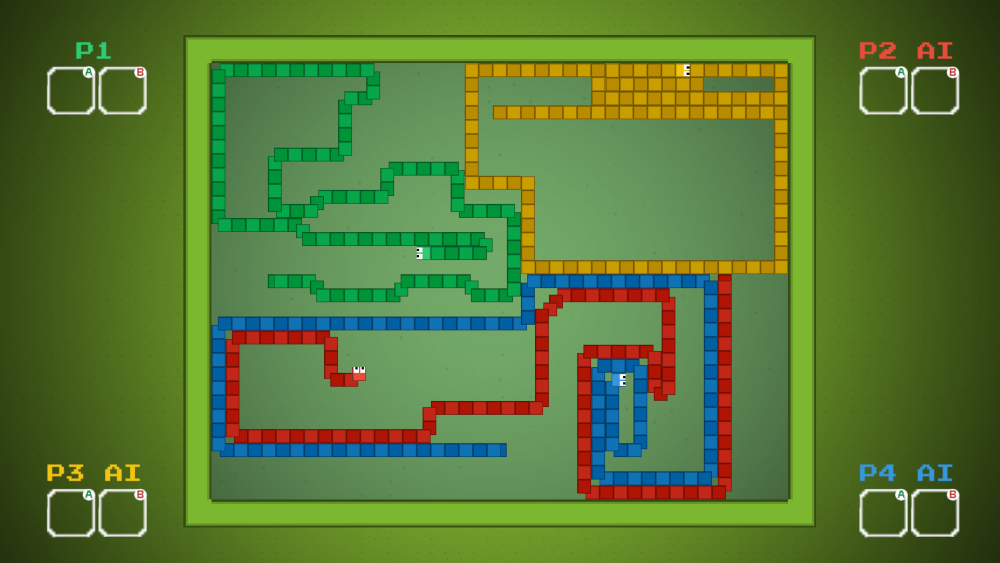 Snake vs Snake is a fast paced snake game with an insane battle mode with power-ups and much more. Inspired by old classical Snake but with a much faster arcade pace and multiplayer support.

☆ Play up to 6 players in a Mario Kart style battle mode with power-ups
☆ Online highscore list
☆ Boss fight
☆ Much faster pace than your average snake game, each time you collect food the snakes move faster
☆ Hotseat multiplayer
☆ Works best with gamepad  but also works with keyboard. Yes 4 players on the same keyboard, it’s crazy but fun 🙂
☆ Built for Nintendo Switch and Xbox One but will also work on PC, Mac and Android.


There is also an endless single player mode for the ones who enjoyed classical snake games.

Snake vs Snake has been recognized as one of the best indie games in the Xbox One Creators Collection program.

“Snake vs Snake, is a match made in heaven. It’s so easy to learn, so fast to start, and so well put together.”
Rating: 9/10 – Playwithgregg.com

“CasualGames.nu has put a lot of heart and soul into producing something that people will enjoy together”
Rating: 4/5 – Northern-gamer.com

“Lots of fun to be had and reasonable price make Snake vs Snake game worth of serious consideration (review in Polish)”
Rating: 8/10 – Retrocity.pl

In endless mode the goal is to collect as many as apples as possible without dying. Each time you collect and apple the snake grows longer and moves a little bit faster. In levels mode your tail grows continuously so hurry up and collect all apples, once you’ve collected all apples the level is completed.

In Battle mode your snake will move faster with each apple you pickup and you will also get a power-up. You can carry maximum two power-ups so make sure that you use the power-ups or just use them to discard them so you can build a perfect combination. Use the power-ups and clever tactics to take care of your opponents. The last standing snake wins in the end.

In Tail Runner your tail grows continuously and apples doesn’t exist. The goal is to quickly lock in your opponent snakes while still having enough space to maneuver your own snake. This brings an interesting tactical challenge to the game.

Works best with gamepad but you can also use keyboard our touch input.

Android/Touch input
Swipe to change direction.
Touch the Power-ups icon to use them.

Ok the game doesn’t come with an editor but you can still make levels. Take a piece of paper, preferably one with squares. Draw your level and mark the Apples with A and the start position with S. Like this: 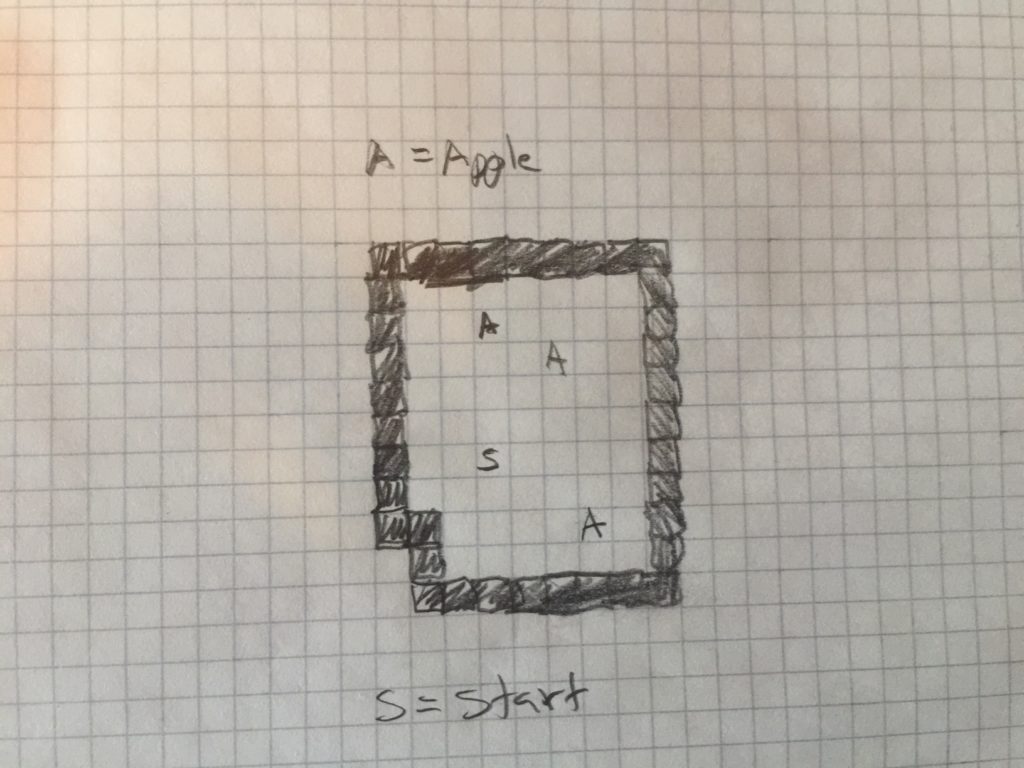 You can also us MS Paint or anything really, just make sure that it has a clear boundary so the snake doesn’t escape. Then send the level to snakelevel@casualgames.nu and write the name you wish to appear in the credits section. We cannot guarantee that all submissions will make it into the game but we’ll make sure that we respond to every single one.

We need you’re feedback to make this indie game even more awesome. Please join our Discord server and give us your honest feedback and opinion. This is your chance to make this into a game you will even love more. You can also write your suggestions and feedback in a review.