Screwing up a bit – making a quickfix

Sorry the last update contained a rather massive bug in Snake vs Snake. When you exited from a game the menu became all weird and you couldn’t use it.

To fix the issue I’ve issued a quickfix which fixes the problem but it was based on the release I was already working on so as a bonus you’ll get some extra stuff.

3 new levels have been added to the single player mode most of them are kind of hard. There is also a new feature where certain blocks can be opened if you have the correct key, see screenshot below.

Feedback from players has been that the shot powerup is confusing as a lot of people try to pickup the purple shot. This has been changed now so when a shot impacts it changes to a gray block instead.

I hope that you will enjoy this update. 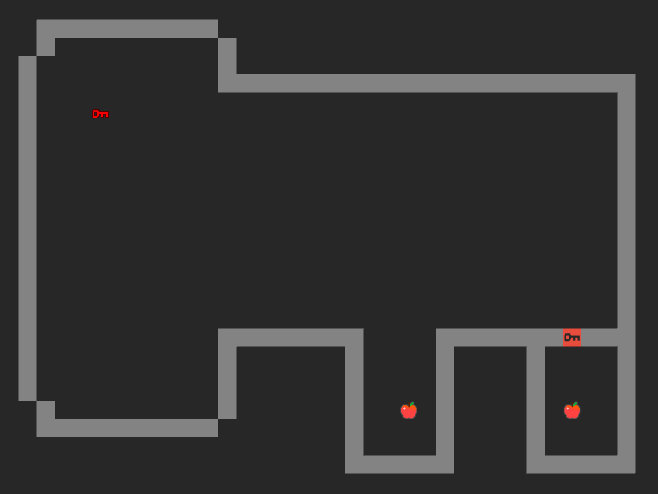 
* Fixed major bug causing the main menu to become scrambled.
* Added 3 new levels making it a total of 13 levels.
* New Feature: Walls that unlocks with keys.
* Improved: The shoot power-up turns grey once it hits a target. That makes it easier for the player to understand that they should not pick it up.

Get the Xbox One & PC version here . Snake vs Snake can be found under the creators collection indie section on Xbox One. Also available on itch.io and gamejolt.