Happy new year! Pixel Driver kicks off the new year with an update

I hope you had a great holiday, I certainly did and had a lot of time to focus on game development 🙂

Pixel Driver has really had a flying start and has been downloaded over 2 800 times from the Windows Store mainly from Xbox One owners since the launch in Oktober 2017. A big thanks to everyone who downloaded the game so far 😀

Pixel Driver is out with a new update which adds turns and also tweaks the game in several important areas like getting more coins and fuel tanks along the way. Thank you all for the support and nice feedback. Keep the reviews and suggestions coming and I’ll try my best to implement them.

Here is a short video covering several parts of the update.

In the next updates I will try to add additional cars and continue to add more variation to the road. The long term plan is to offer several stages with unique graphics and challenges. Make sure that you send your feedback and ideas either through a review or join our Discord server.

Below is a sneak peak of the new car that the artist behind the cars are working on. If you like his style make sure to stop by at his website  or follow him on Twitter 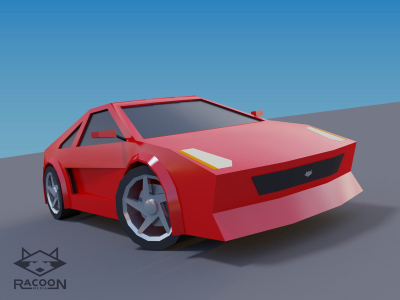 I’m looking forward to a great 2018 with loads of more updates for Pixel Driver around the corner and yes there are a few new games coming out soon!