Pixel Driver v0.8.2 is out with a brand new style

I’ve published a few updates for Pixel Driver without updating the blog again, sorry just too busy with the gamedev stuff.

v0.8.0 brought a whole new style to the game using outlines around objects creates a more distinct and cartoon style.

Clouds has also been added to the game to give it a more organic feel. 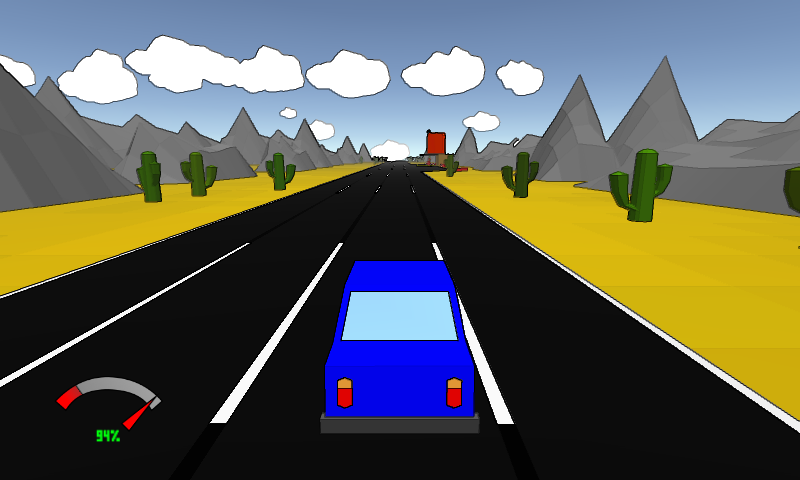 The AI in the game has also learnt to overtake slower cars and also does a better job at breaking for objects. Speaking of objects now there are obstacles that occur after a while which blocks the road.

Whats new in v0.8.2?
* Android first real release.
* New Feature: When cars or upgrades are possible you will get a notification about it.
* New Feature: When you run out of fuel but still manage to refuel before the car stops then you can keep going.
* New feature: You can set the Toon level in settings.
* New Feature: Game will auto set graphical level based on performance of device.
* New feature: Added localization, now you can play the game in your own language (English, Swedish, Danish, Germany, Spanish and C)
* Improved: More twitchy controls through joypad, faster respons.
* Improved: AI Made the full stop a little softer.
* Improved: Added loading text on menu when level loads.
* Improved: Coins x2 is more visible on Android.
* Fixed bug: On Android you only needed to touch the screen once to keep on going without the need to tap after you run out of fuel.
* Fixed bug: You could play a locked car by just pressing back in the garage :/
* Fixed bug: Players new name was not saved properly.