Trying to get the Nintendo Switch update out and fixing bugs

Sadly the v1.2.3 update of Snake vs Snake got stuck in the Nintendo certification queue for a very long time and just in the last moment they detected a tiny bug that needed fixing. Since the PC and Xbox version had several updates since then I decided to create a v1.2.9 update for all platforms. 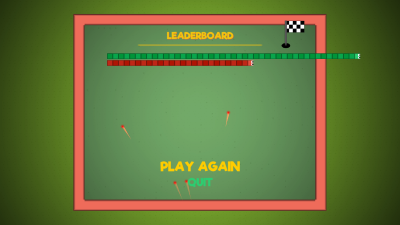 Above is a funny bug where the Snakes just kept growing the in leaderboard for battle mode .

I hope that you will enjoy the new update and keep sending feedback in our  Discord Server.

* Improved: Remove exploit where you could restart a level when you were about to die to get a good time or survie longer.
* Improved: Leaderboard sorting type is now included on Nintendo Switch in the header.
* Fixed bug: On Nintendo Switch the game would crash if you closed it while the game was paused.
* Fixed Bug: Using Nintendo Pro controller displays wrong button in the leaderboard.*
* Fixed bug: Country and name save button was not aligned.
* Fixed bug: Snakes grew to long on the leaderboard if you pressed play again. Reset was not done properly of player scores.