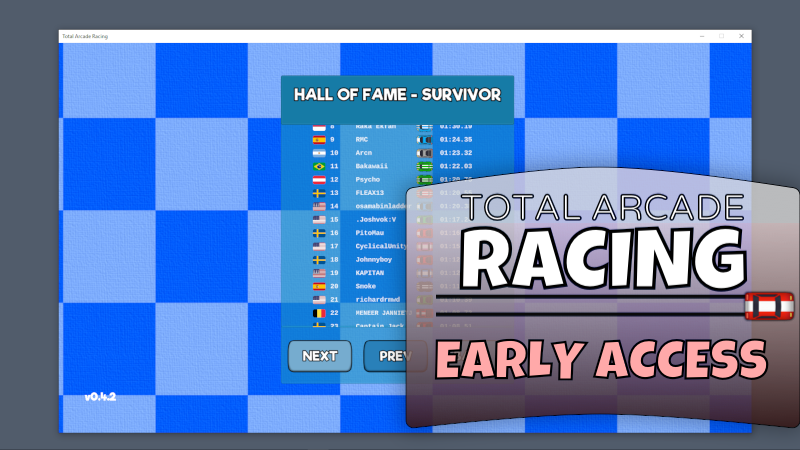 Its been a month since we released Total Arcade Racing on Steam Early Access.

Our goal with the Early Access release was to get feedback from actual players who like arcade racing games, and boy did you guys deliver! We’ve gotten a lot of suggestions how to make the game better and a few bug reports, actually a lot fewer than we expected.

The top request feature was the ability to be able to run Total Arcade Racing in window mode. In the v0.4.2 release we added support for this and the ability to change the resolution which the game runs at. While working on this we realized that a number of things was not working that good unless you played the game in wide screen mode (16:9) so we worked hard to improve the overall experience regardless of the aspect ratio you use. 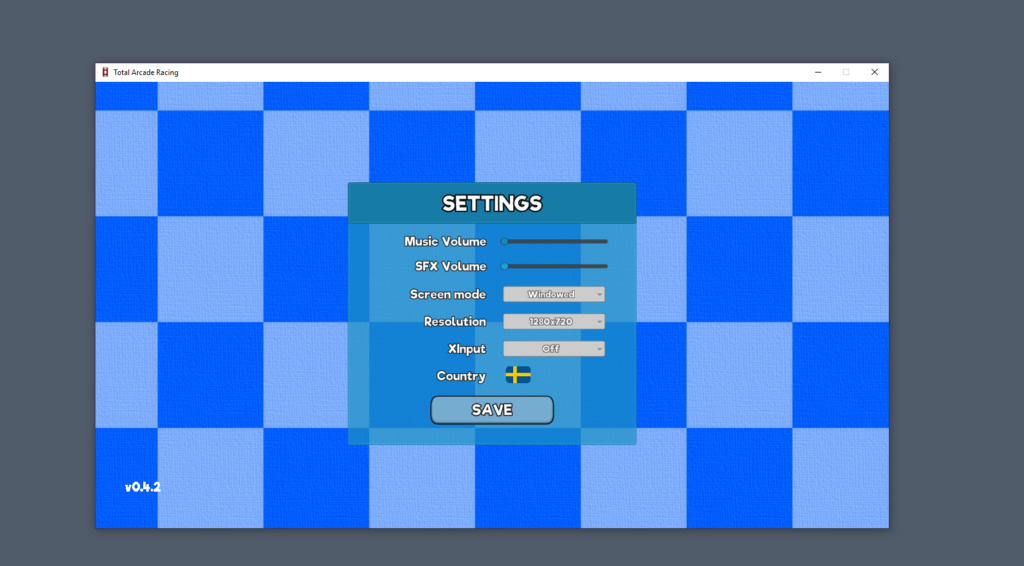 The 2nd most frequent requested feature was the ability to view the Hall of fame from the main menu to check that you still have that awesome #1 position. This was added with the v0.4.1 release with a bunch of additional improvements related to Hall of fame. 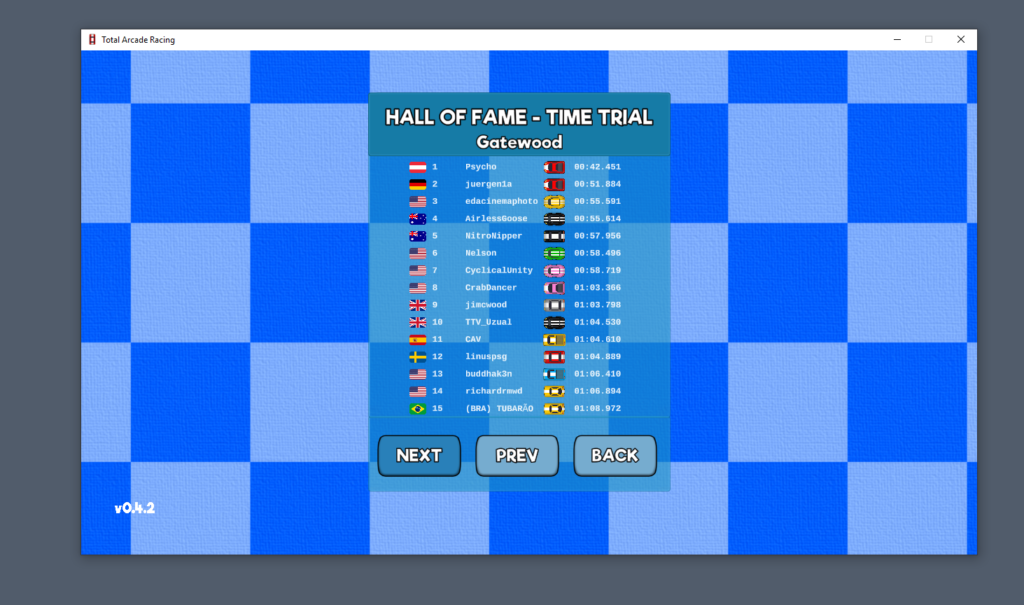 The progress when it comes to new content and game modes have been slower than planned. We hope to pick up the pace and deliver faster in the future.

* Fixed Bug: When running a screen resolution other than 16:9 then parts of the main menu background was sometimes visible while playing.

v0.4.1
* New feature: Added leaderboard on main menu so you can browse through the different hall of fames.

* Fixed Bug: Endless mode had a weird issue with overlay drawing when starting the level.