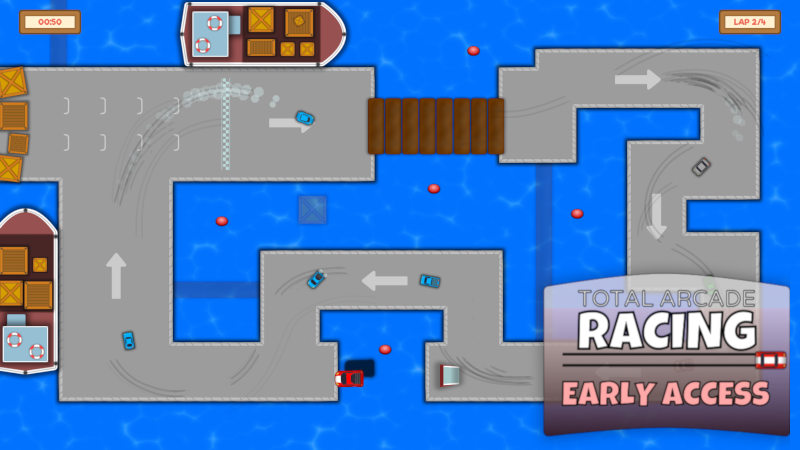 The last few weeks have been amazing, and we’ve been throwing out updates faster than ever in Total Arcade Racing. Most additions have been suggestions from the community which makes us super happy.

Since the last news post we’ve released 6 updates. Here are some of the highlights in the updates.

Harbor course
To test your skills as a Pro Arcade Racer we’ve added a new course where you race along the docks in a harbor. There is a pretty large risk that you’ll fall into the water but don’t worry, we’ve added a rescue feature that will pull your car out of the water again. 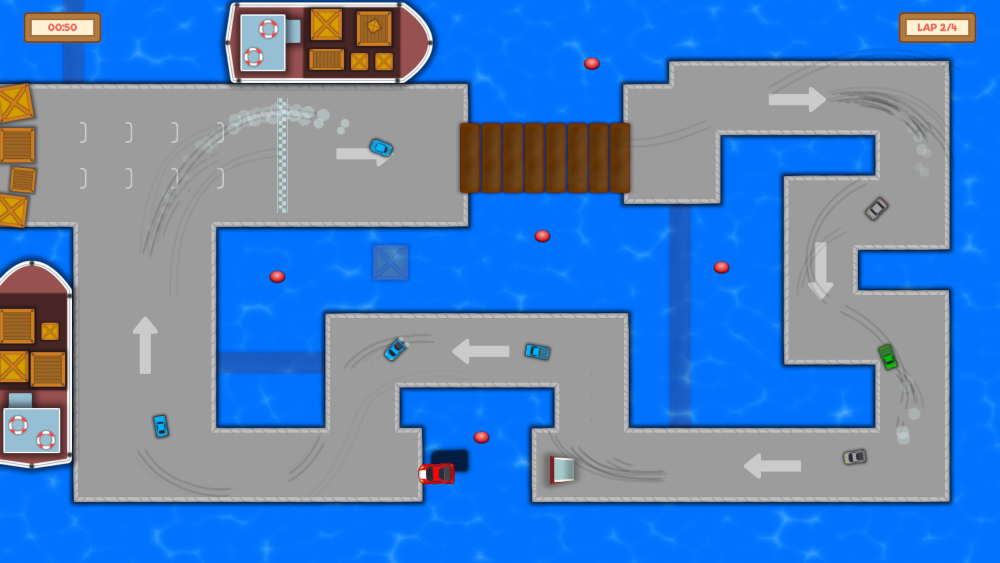 Achievements
Achievements is a feature that we said would be delivered during the Early Access and now it’s been added to the game. We’d like more feedback in this area to answer questions like: how many achievements would you like, how hard should they be to unlock? 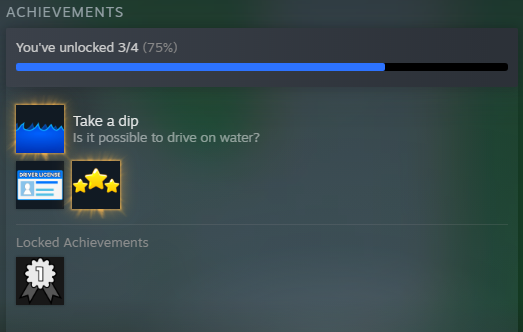 Car Hockey
A new wacky local multiplayer mode, Car Hockey, has been added with support for 8 players. In Car Hockey you compete in two Teams, Red vs Blue, and it’s all about getting the puck into the goal using any means possible. 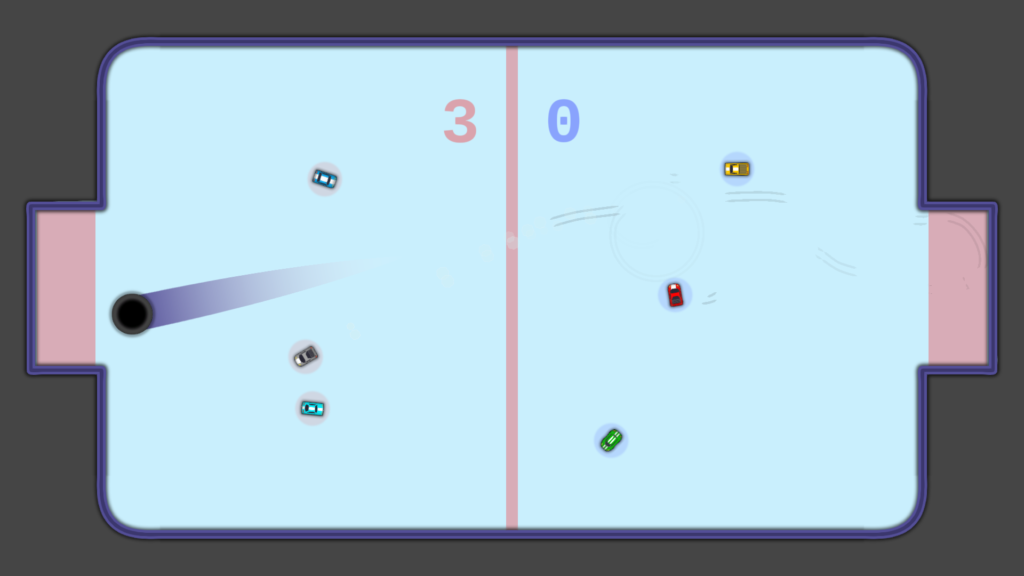 v0.5.1
* New Feature: Added new achievement, Take a dip.
* Improved: Better count down before a race starts.
* Fixed Bug: The start field is too narrow on the bridge level causing texts to overlap.

v0.5.0
* New feature: Added option to disable ghost car replays in settings.
* Improved: Pace cars will start even if a race has been started once the download of the pace car data is completed. However there is a max limit of 10 seconds but that should provide sufficient time even for very bad internet connections.
* Improved: Added more flags.
* Improved: Improved performance in Endless mode.
* Improved: Added support for D-pad input on gamepads.
* Improved: Cars is now ordered in how many stars they require to unlock in the UI.
* Improved: Changed direction that cars or courses moves when you select them. Feedback was that it was moving in the wrong direction in regards to the input.
* Fixed Bug: White flag was shown when a user’s country was missing, showing EU flag instead now.
* Fixed bug: In endless mode you could at times drive through AI cars.
* Fixed bug: When you start the game for the first time the pre-selected car was locked.
* Fixed bug: The help text for Next action was missing in course select if you didn’t have a gamepad plugged in.
* Fixed bug: It was impossible to stop a race from starting once the AI had started to select cars in the main menu.
* Fixed bug: It was not possible to unlock stars in local multiplayer when racing with AI.