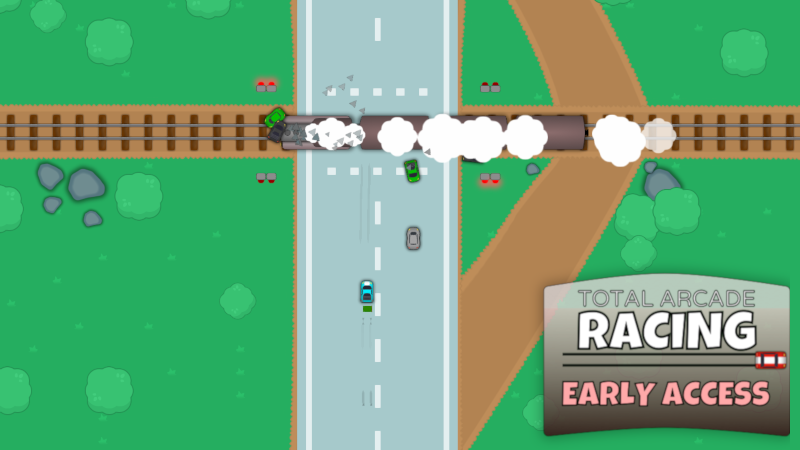 First of all, a big thanks to all of you who are playing Total Arcade Racing. An even bigger thanks goes out to the folks who have provided feedback, it’s super important for us and the development of the game.

When we launched the Early Access version, we said that the price would periodically increase with new releases. We’re not at version 0.4.6 and we’ve added a bunch of stuff since the initial launch. Therefor the price will be increased to 5.99$ on Monday the 19th of October. If you haven’t already grabbed a copy at 4.99$ then make sure that you do it now.

Since the last new post we’ve released 4 updates. Here are some of the highlights in the updates.

Mooaaare music tracks
Although the original single music track for Total Arcade Racing was very catchy, it got pretty annoying after you’ve heard it 20 times in a row. So, we’ve added a bunch of new tracks making it a total of 6 tracks!

Train crossing in Endless mode
Endless mode is a mode which needs a lot more work to become truly fun and challenging. A big step in this direction is the addition of a train crossing.

Time required for 3 stars
Several people have asked us what times is required to get 3 stars on various courses. We don’t mind you asking but to be fair to everyone else we’ve added it to the UI. 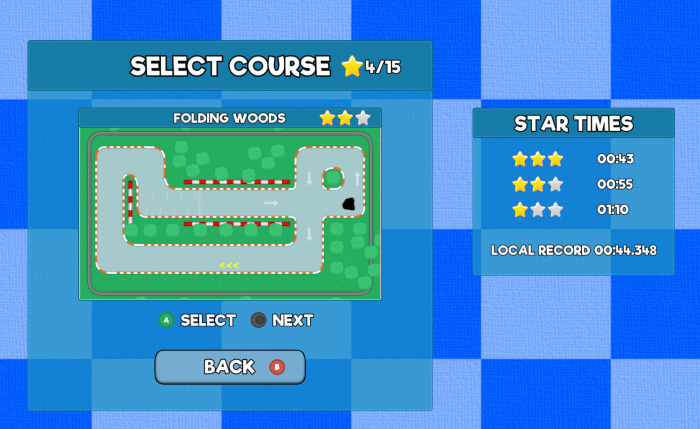 Improved graphics and variation
We’ve added more details to each course to make it more interesting. This was also implemented in Endless mode. 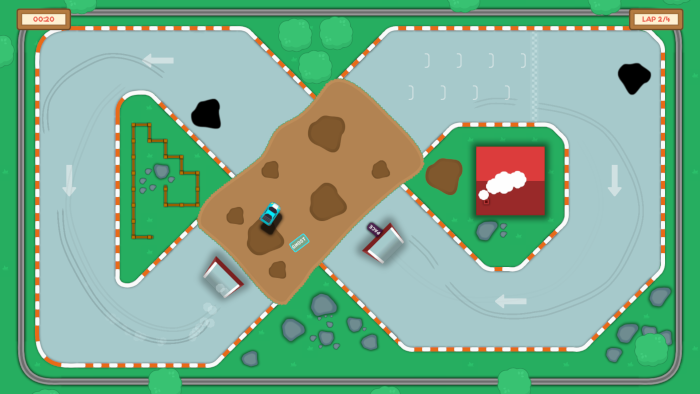 v0.4.4
* New feature: Train Crossing in Endless mode.
* Improved: Performance improvements.
* Improved: Reduced how much time you get per time extension in Endless mode making it a bit harder.
* Fixed bug: AI detect car in front handler was not running if a car got re-spawned.