It took a bit longer than expected to get the release out for Total Arcade Racing but I hope it was worth waiting for.

In this release the graphics for the track has been re-worked which makes it easier to create more interesting tracks. A major thing is that the game now works on Nintendo Switch which is one of the target platforms for the release.

Last but not least I’ve also added a global leaderboard so we can see who is the fastest driver in Time Trail for each track.

A bunch of tiny improves also made it into the release but I won’t go into the details with those, you just have to experience the improvements on your own. 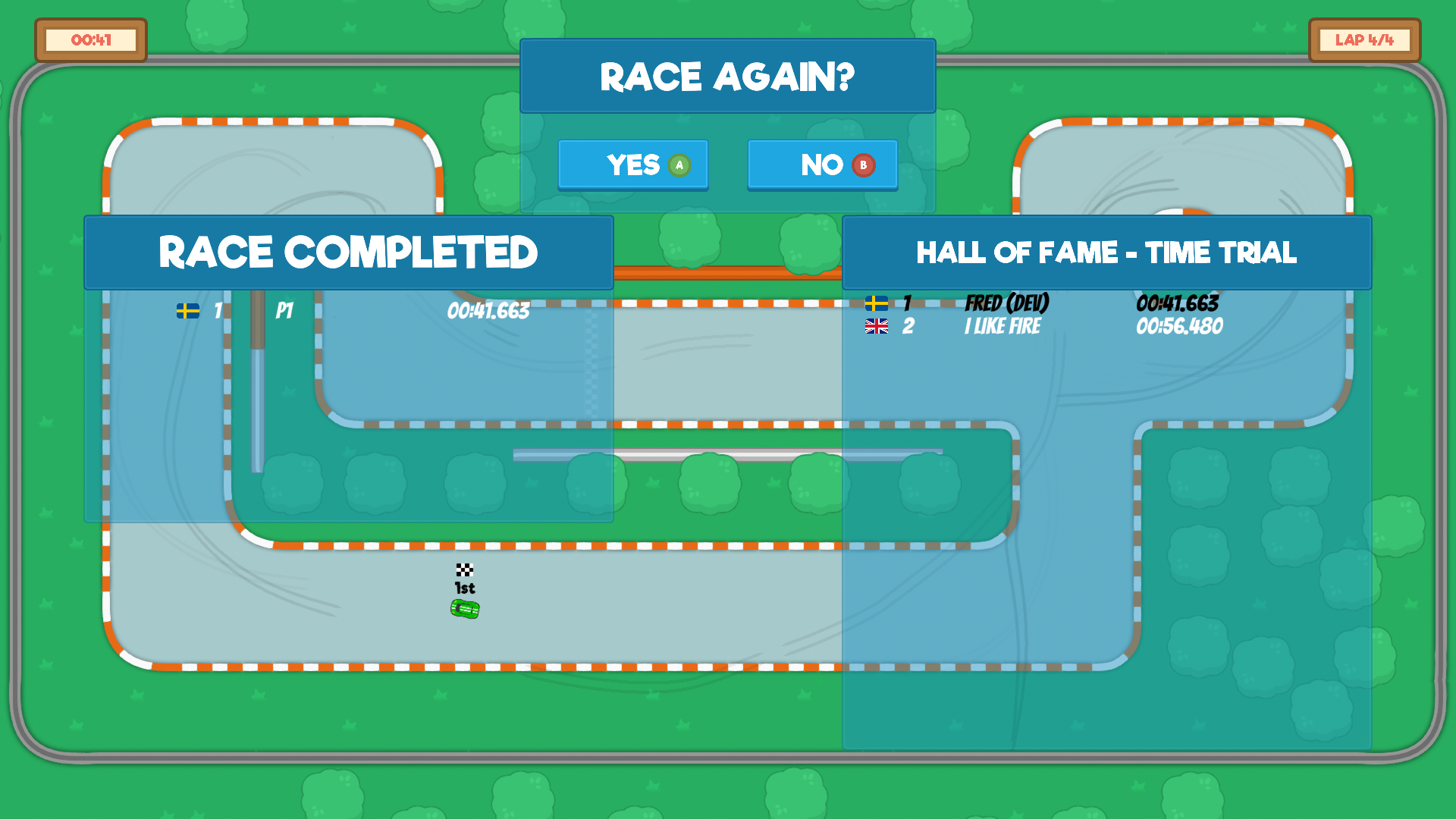