Ztellar new update v0.6.1 with a new mission and boss

Several things in Ztellar are now starting to really shape up.

There are now 5 missions, 2 endless game modes and a bunch of bosses and enemies. 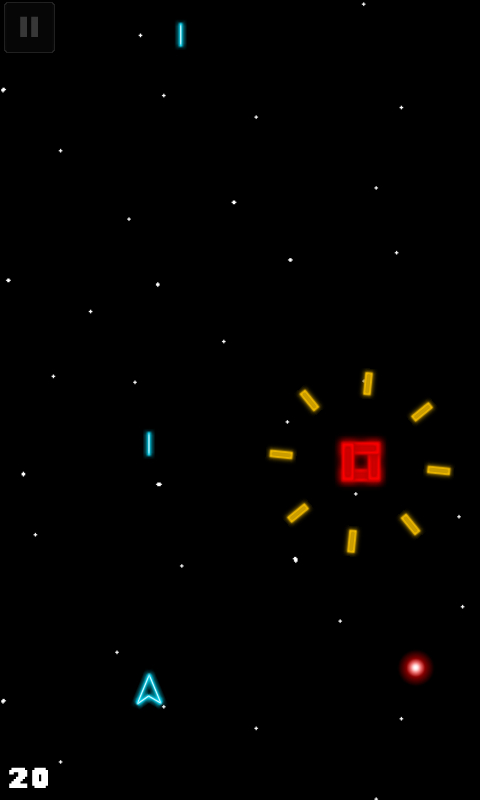 * New Mission: With Asteroids 😀
* New Boss: With a rotating shield thingy
* New Feature: Added support for back button while a mission is running. Opens the pause menu.
* New Feature: Added support for back button on main menu. Quits the game.
* New Feature: Added left right touch buttons on mission 1 which teaches the user that they should touch the screen.
* New feature: Main menu has a quit button
* Improved: Made concrete boss a bit easier on endless mode too
* Improved: Made some of the endless waves easier.
* Improved: Same Endless wave patterns will not be used after each other. Better randomness.
* Improved: Added loading text when you’ve tapped a mission, there is a slight lag on older Android Phones
* Improved: You can skip dialog with Spacebar too
* Fixed bug: Pause button was not working on some missions
* Fixed bug: Wingmans gets killed while spawning. If a bullet hits a wingman while spawning it will die before it appears. Wingmen are now invincible for 1.5s while they spawn.
* Fixed bug: Wingman died when colliding with powerups.